You can explore some of the activities which took place by following #ThriveLDN on Twitter and Instagram.

The festival focused on day-to-day challenges young people in London face, offering a platform for young people to open up conversations on breaking down barriers, building resilience and the importance of having a sense of community. The day was the largest young Londoner-led event the Peer Outreach Team has organised at City Hall. 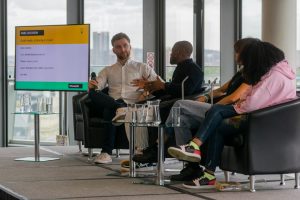 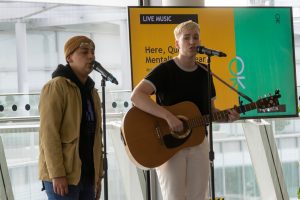 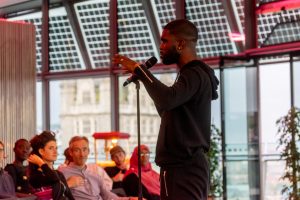 The festival line-up included young artists, performers and content creators, such as Rakaya Fetuga, winner of the Last Word Festival 2018, and Nego True, author of My History is More Than Slavery. The festival involved 10 interactive workshops to support young people’s wellbeing and mental health. Facilitators ranged from Cephas Williams, founder of The 56 Black Men campaign, to national charity PAPYRUS Prevention of Young Suicide. 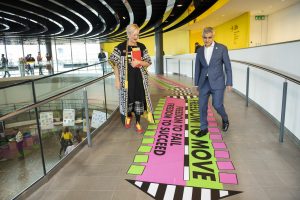 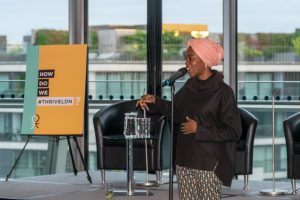 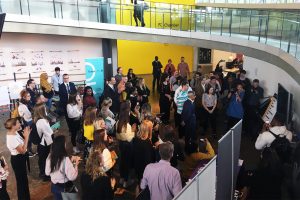 As part of the festival, The Fandangoe Kid, a Hackney-based print artist provided an installation spanning the length of City Hall’s public entrance slope (pictured above). The ‘Language is Movement’ artwork told the story of the relationship between dancing and mental health, and in particular how movement can be used as a tool to support young people’s wellbeing.

The initiative followed research that participation in creative arts and culture has been shown to improve mental health and wellbeing. This aligns with the recent publication of the Survey of Londoners, published by City Hall, which highlighted that participation in culture events, such as going to the cinema, visiting museums and galleries, or going to theatre or live music concerts, had a positive association on belonging, life satisfaction and loneliness. 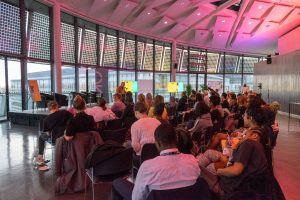 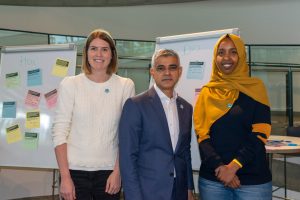 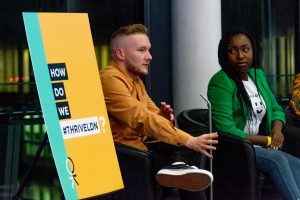 As part of our archive of the day’s events, graphic facilitator and cartoonist Pen Mendonca created a visual record of the day for us. Click each image below to see the larger images. 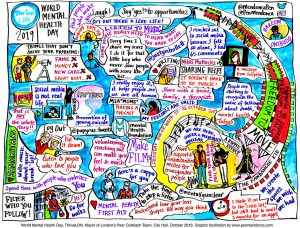 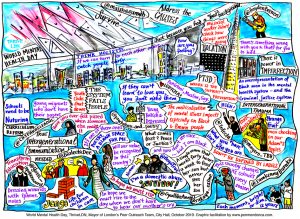 You can find out more about Pen’s work at www.penmendonca.com