Back to WMHD overview
Pause Animations

These 25-minute animated sound works were composed at the start of the 2020 lockdown. The six pieces, from The Guildhall School of Music & Drama in London, aim to encourage listeners to take a pause with meditative sounds and visuals, and include sound recordings made during the first months of the lockdown period.

This project is about the desire to connect during a crisis when we are asked to be alone. The piece is built from a chain of classical songs — each begun by a pianist as expected, each breaking off the moment the singer should come in. The pauses that follow have been recorded by friends and family in 17 international cities, including Amsterdam, Hobart, Madrid, New York, Paris, and Sarajevo. These pauses symbolise the physical absence of others from our lives during lockdown, the unanswered questions of the piano like the one-sided conversations we imagine having with those unreachably far away.

Music was used from the following composers:

Bretton Brown is an American-Japanese pianist based in London. He has given recitals in Europe and throughout the United States, and has performed with Mark Padmore, Julia Bullock, and Renée Fleming, with whom he made his UK debut at Wigmore Hall. He works closely with Sir George Benjamin, including on the world premiere of the composer’s Lessons in Love and Violence at the Royal Opera House, Covent Garden, and also assisted in the preparation of André Previn’s final work, Penelope, written for Ms. Fleming and first performed at the Tanglewood Music Festival.

He graduated with prizes in music and poetry from Yale and Juilliard and is a vocal coach at the Guildhall School.

‘ELEMENTS’ offers the listener a nurturing respite in challenging times. The soundbath envelops us in a warm, nourishing and harmonic environment, which both grounds and lifts on spontaneous energy flows. In this rapidly changing world, this piece emulates the four constants that connect us all – the elements of water, air, fire and earth.

Fernando Machado is a Brazilian musician, composer, creative facilitator and teacher. He trained as a Classical Guitar and holds a Masters degree in Music Leadership from the Guildhall School of Music & Drama.

The process used to compose ‘Solus’ used manipulations of sound recordings taken from environments that were made to adjust during the Coronavirus pandemic: using music technology to create digital instruments stemming from sounds found during times of isolation. These interweave and blend with synthesised, experimental and electronic sounds to produce a unique and stimulating electroacoustic sound world.

Sam is a London-based composer and sound designer currently studying Electronic Music at the Guildhall School of music & Drama. Alongside his interests in soundscape music and field-recording in contemporary composition, Sam’s portfolio is indicative of this fascination with music for visual media. He thrives on experimentation and combining the acoustic and electronic mediums. As a result, much of his work is open to individuals familiar with both classical and contemporary music.

Previously, Sam produced work for Illuminated River, an ambitious public art commission termed the longest artwork in the world. He has collaborated with The Museum of London for their immersive experience Beasts of London, as well as works for the National Trust on the Waddesdon Christmas Carnival series. He continues to provide music for shorts and promotional films, as well as producing his own library music albums. Sam’s music has featured on Channel 4, BBC News and BFI.

‘Nada Brahma’ is an attempt to create an immersive sound environment that washes away the dreariness of lockdown life. In times where we can‘t go out in search of musical experiences, we may find it through musical reflection.

Eden Lonsdale is a composer from Berlin.

He has studied composition at the Udk Berlin and the Guildhall School of Music & Drama. His current practice focuses on creating rich, multi-layered soundworlds that invite the ear to actively explore. His aesthetic occupations include depth and dimension, proximity and distance, suspension and resolution and the symbolic relationship between sounds that are composed and sounds that don’t need to be.

This work offers space for pause and thinking on the nature of isolation, and how sound defined aspects of our experiences in lockdown. The artist used crowd sourced 5-second sound summaries of people’s lockdown experiences, sourced via social media, along with soft sounds recorded of the artists own environment, to produce an ambient, but ever-changing soundscape.

Anna Semple is a postgraduate student of Composition at the Guildhall School of Music and Drama (generously supported by the HR Taylor Trust), studying with Matthew Kaner. Recent commissions include works for the Royal Opera House, The Choir of St John’s College, Cambridge, the Choir of New College Oxford, The Choir of Clare College Cambridge, Mad Song and the Edington Festival 2021. She has worked with a variety of artists including vocal consort Exaudi and solo accordionist Miloš Milivojević  via Psappha’s ‘Composing for’ scheme. Anna’s first opera was performed at the Royal Conservatoire of Soctland in Glasgow in June 2019 and she has recently had work published in the Multitude of Voyce’s SATB Anthems Anthology. Anna enjoys working with text and has previously collaborated with librettists Gareth Mattey, Susannah Pearse, and Kaitlin Sullivan, and is particularly interested in the sounds and rhythms of speech, and the capabilities of the voice to communicate as a direct extension of the physical body. In her instrumental work Anna often uses text as a starting point, particularly that with strong visual or structural elements, and is keen to explore alternative forms of narrative and time.

This symphonic work consists of 4 simultaneous musical narratives that unravel themselves, while interweaving, interacting and reacting to one another. The artist created the work in isolation, creating a 20 instrument ensemble work through electronic technologies and synthesisers.

JJ Hathaway is a composer and sonic artist whose aim is to transport the listener into an alternate reality. A reality that may seem fanciful at times but often finds itself grounded by a story. He studied composition at the Guildhall School of Music & Drama. 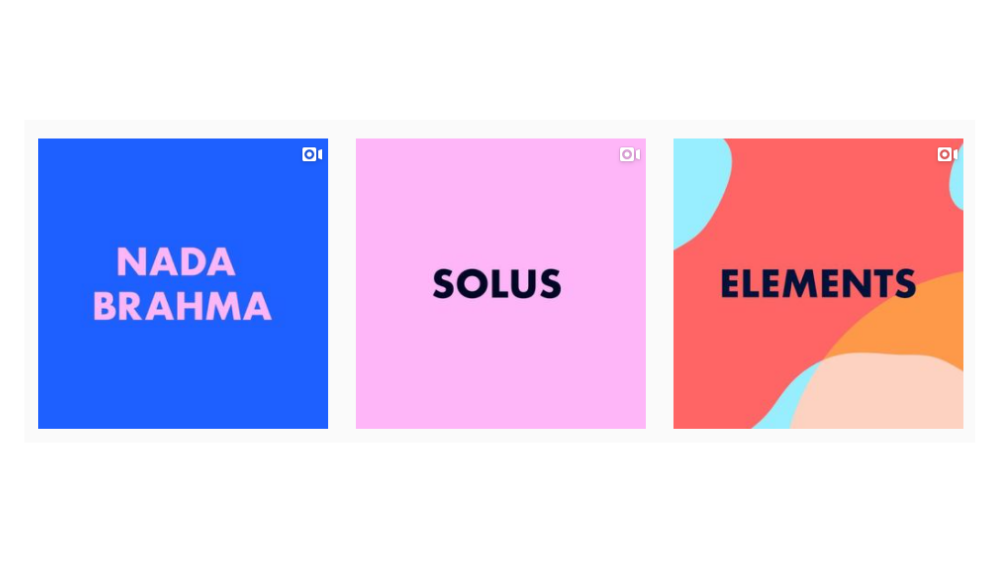 The below videos and visual resources have been put together specially for today’s World Mental Health Festival and are available to watch anytime. Explore the videos by clicking the images below. Share your thoughts on the content using #ThriveLDN and #WMHD2020.

A series of NHS films to help support your mental health and wellbeing during these difficult times.

The Youth Consumer Service has produced a short series of videos based around Mental Health and Young Carers.

Herts Inclusive Theatre (HIT) use the arts and well-being practices to build confidence and develop skills in a safe space.

If you feel like you've been sat down for too long during the festival, break out some quick fire moves with Annabel. 💃

Below is our virtual marketplace. Our festival partners have put together some helpful resources and content for you to mark World Mental Health Day. Please take some time to explore their pages by clicking on the logos below.